Today was a busy and involved day full of physical exercise that I usually only see indoors at the gym. I really needed a nice cold beer. As I opened my vegetable crisper (Which is a perfectly valid place to keep beers) my hand touched a can of Anderson Valley Hop Ottin IPA. Now IPAs are one of my favourite styles but they can be difficult; You have have to be ready for a real kick in the face and be prepared to eschew food which will ruin your ability to tolerate the extreme bitterness. 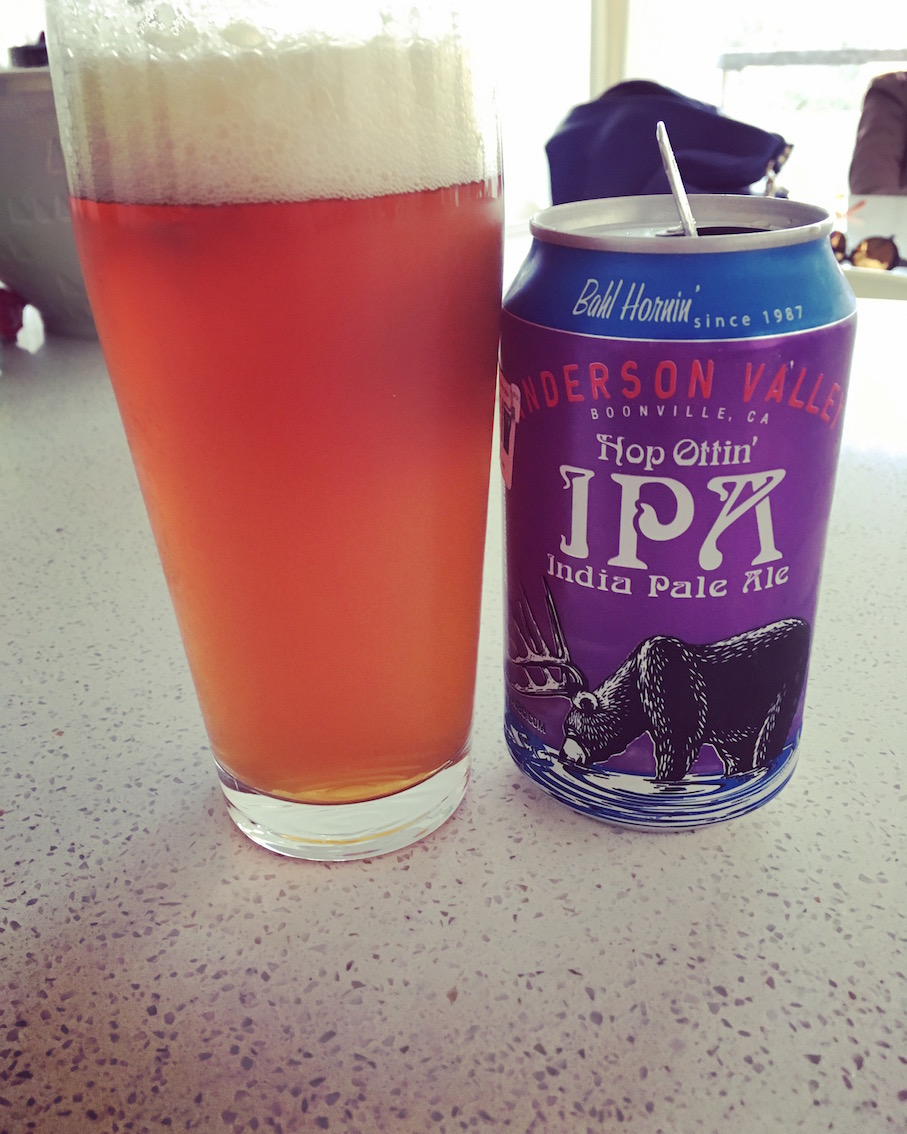 What I was not prepared for was how amazing this beer was. It was hugely bitter but when something calls itself an IPA this is what I expect. Full of flavour and not holding anything back. And just look at it, right from the pour it looks beautiful, like a sunset in a glass. I give this work of art a 9/10

But once I had one of course I needed more (Not because I’m an alcoholic, I was just thirsty). Lo and behold as my hand reached down again it latched onto yet another IPA. This time it was a Merchant Hasselsloth west coast IPA. Right from the pour I it didn’t live up to the Anderson Valley. It was cloudy, dark and full of yeast floaties; All of which I’m ok with I had just been spoilt with a vision of beauty. 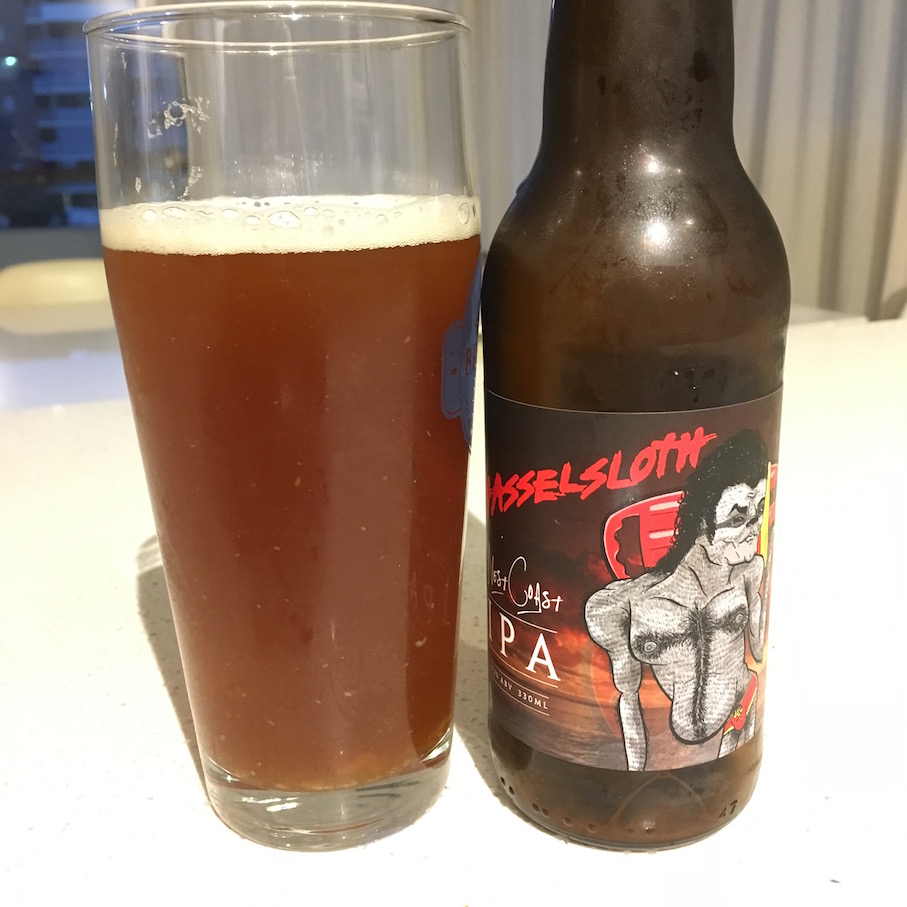 Where the Anderson Valley was all about flavour the hasselsloth was much more subtle; It felt like a let down. Not a bad beer by any measure and very well balanced but just missing something that I wanted 7.5/10

This lead me onto my final IPA dive into the vegetable crisper. And what I found was more amazing than I expected, not just an IPA but a double IPA! 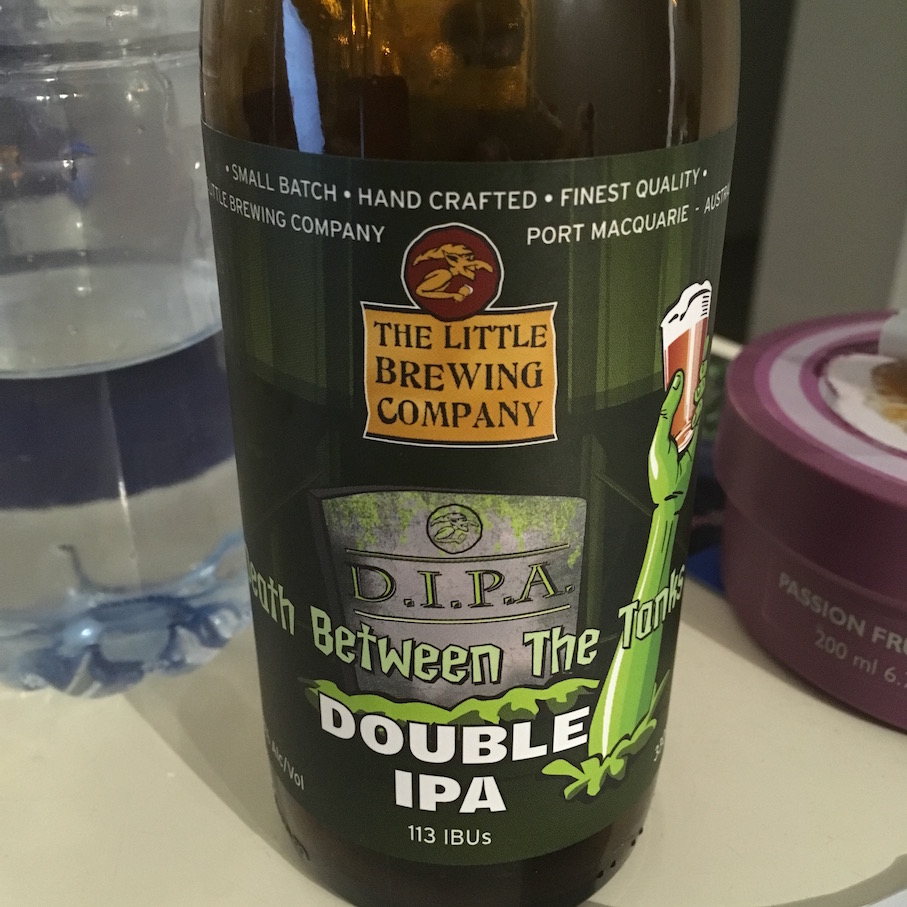 I’ve had many fantastic beers from the little brewing company but I still wasn’t expecting this to be as good as it was. After already having 2 IPAs this was the perfect follow on. My palate was fully ready to ignore the 113 IBUs and delve into the flavours beneath. It’s full of citrusy hops which give you fruitiness but with the undeniable awareness that this is a strong beer. As I finish my glass I look at the bottom with sadness that I have no more, I’m left only with the hoppy smell of the bottle and the realisation that the next beer will not be as good 9.5/10

And it was not, on my next return to the vegetable crisper I was struck with the harsh reality that I had no more IPAs to drink. My closest option was a skorubrew #11 hop bomb but that’s something I want to share. So now I’m drinking superdry, woe is me.